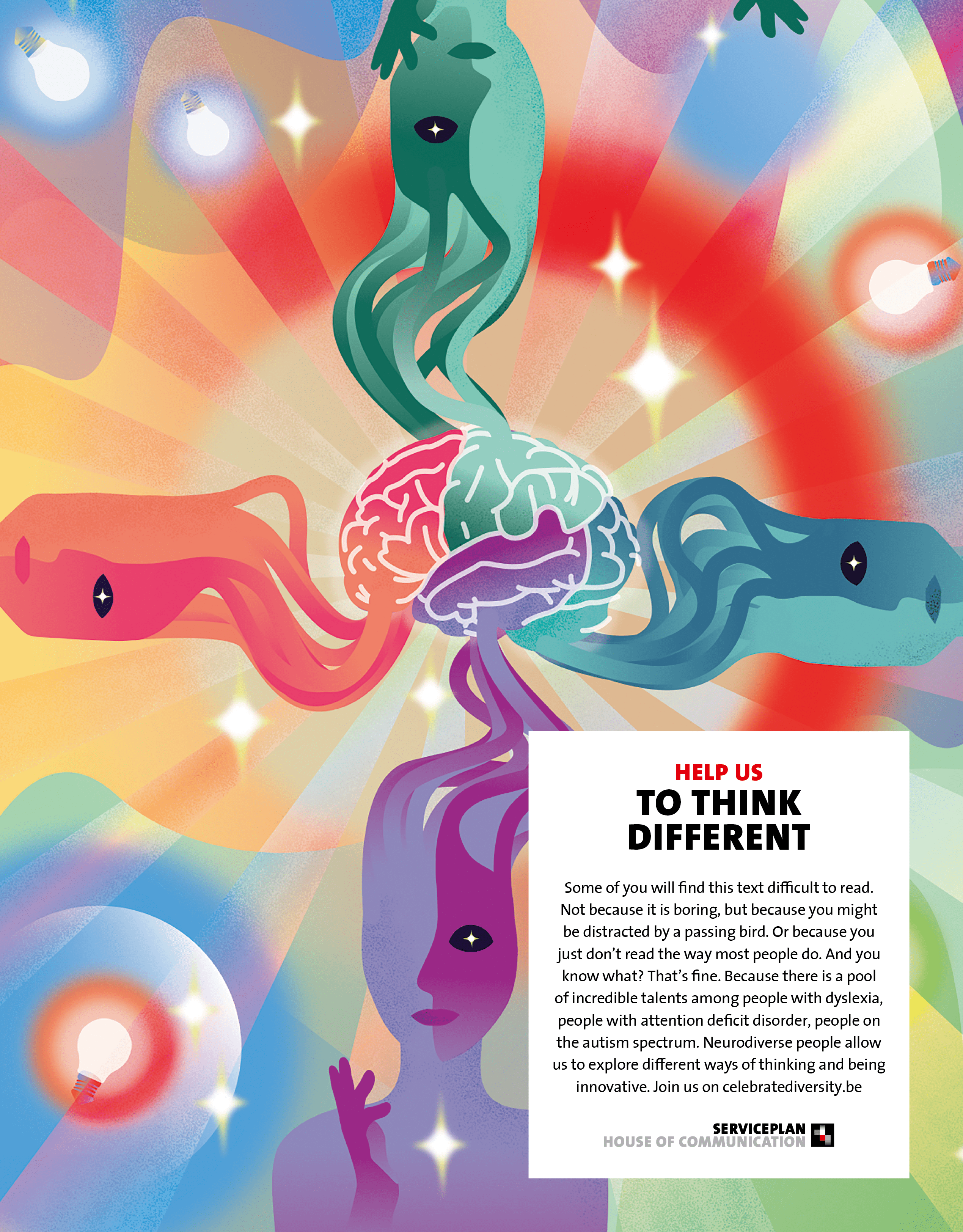 Understanding and embracing neurodiversity in communities, schools, healthcare settings, and workplaces can improve inclusivity for all people. According to the Harvard Medical School, neurodiversity describes the idea that people experience and interact with the world around them in many different ways; there is no one "right" way of thinking, learning, and behaving, and differences are not viewed as deficits.

The term neurodiversity was coined in thelate 1990’s by Australian sociologist Judy Singer. Someone who is neurodivergent behaves, thinks and learns differently compared to those who are neurotypical. It is said that 1 out of 7 people are neurodivergent. The others are called ‘neurotypical’.Though not so uncommon, many people are unaware of its meaning. And thus,unaware they might be one of the neurodivergent thinkers.
‍
According to the Harvard Medical School, neurodiversity describes the idea that people experience and interact with the world around them in many different ways; there is no one "right" way of thinking, learning, and behaving, and differences are not viewed as deficits. When talking about the workplace, they caution that stigma, a lack of awareness, and lack of appropriate infrastructure (such as office setup or staffing structures) can cause exclusion of people with neurodevelopmental differences. Understanding and embracing neurodiversity in communities, schools, healthcare settings, and workplaces can improve inclusivity for all people. It is important for all of us to foster an environment that is conducive to neurodiversity, and to recognize and emphasize each person’s individual strengths and talents while also providing support for their differences and needs.

“Neurodiversity isn’t the same thing as disability. Though, people who have neurodivergent features may need accommodations at work or school.” -Sarah Cussler, assistant director of Undergraduate Writing and Academic Strategies at Yale Poorvu Center for Teaching and Learning.
‍

At Serviceplan, we recognise how neurodiversity is a great strength in fostering true creativity. We talked to a few colleagues about their personal experiences.
‍
Nancy Delhalle, CMO 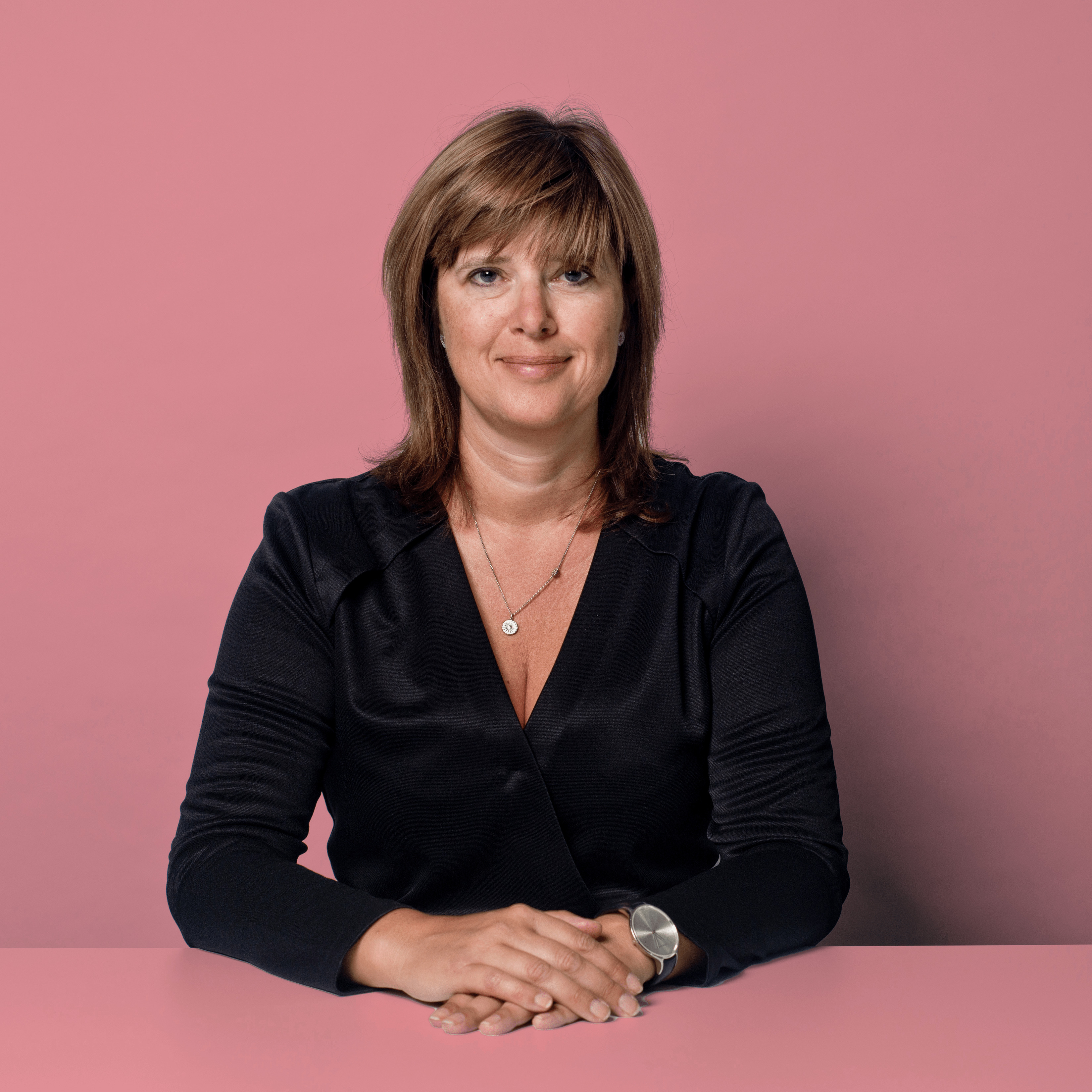 My dyslexia was discovered at the end of kindergarten. I was left-handed and I did everything backwards: write, read, calculate, open a book... At the time (I'm 50), dyslexia was considered a handicap. My mother was convinced that I was disabled and treated me as such. Which is not the best environment to grow up in. However, from an early age, I benefited from an adapted supervision thanks in particular to a speech therapist who allowed me to acquire the basics to live a normal education thereafter. She gave me a huge desire to read and learn and therefore to surpass myself. It is therefore possible (and important) to train your brain. The word that best describes me is self-made woman. The daily life of a dyslexic is in any case punctuated by an adaptation to everything: an environment designed for right-handed people, more rational thinking, etc. I have never put barriers or brakes on myself because of this difference, but certain daily actions remain complicated to master. The mirror is not my friend: I wear little makeup because I can easily go blind when putting on mascara. And when I drive, the rear view mirror is of no help to me but, don't worry, I have become a good contortionist! Even though there is an awareness today that neurodiversity is a reality, the world is not yet adapted to these different people. My advice would therefore be to persist in its difference. Not only, in the case of dyslexia, so as not to create other pathologies, but also to widen the field of possibilities for intelligence and innovation.
‍ 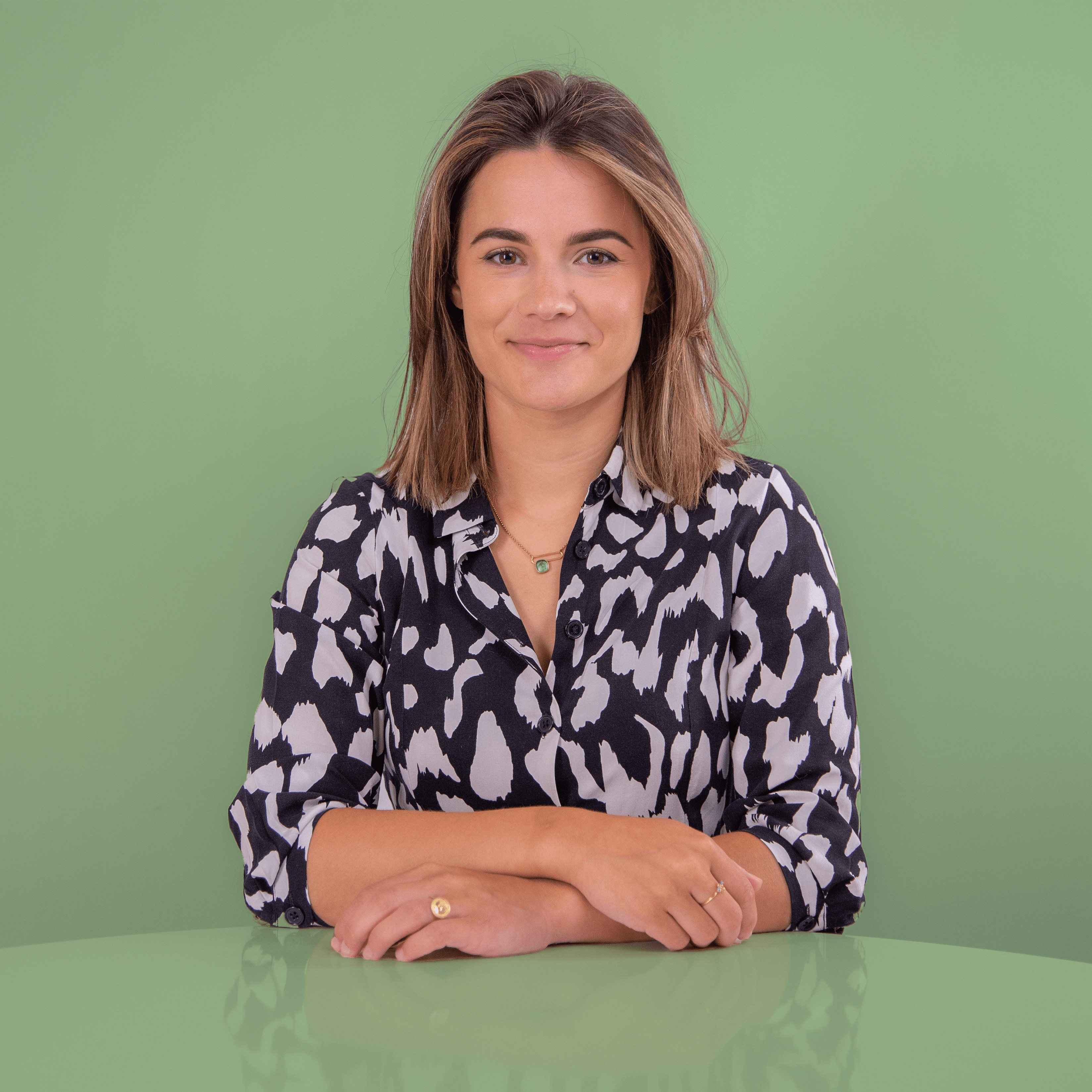 I think I was told I was highly sensitive in 2019. I was seeking psychological help because I was in between studies and didn't know what to do with my life, everything felt very overwhelming. Growing up, I was very active in school, maybe too active. I was that child always raising their hand and often blurting out the answer because I couldn't wait my turn. My parents were told I was very mature for my age, which I found confusing. I had problems with authority and often felt misunderstood by teachers. In high school, I developed failure anxiety, because of the lack of compassion teachers gave and too much pressure to fit into the high-performance mentality of the school. This anxiety also continued during my higher education. I was too afraid to choose what I really wanted to do. Some difficult years later, a psychologist told me I was ‘highly sensitive’.
I read a lot about it and I recognize myself in this type of 'neurodivergence'. I'm very sensitive to stress and I have learned to recognize when I'm going into overdrive and need to take a step back. Furthermore, I have had sleeping issues since I was a child and often think in black and white, all or nothing. When I'm social I'm very social, but once my batteries have run out, I go into silent mode. I don't like change and it takes me a while to adapt. I frequently get migraines because everything is too overwhelming (noise, crowds…). My biggest fear was I wouldn't be able to work properly, because my migraines got so bad, but everything is okay now. I just had to adapt. I’m trying to listen to my body, seeing a psychologist on a regular basis and finding outlets in my spare time to refrain from overthinking.
‍ 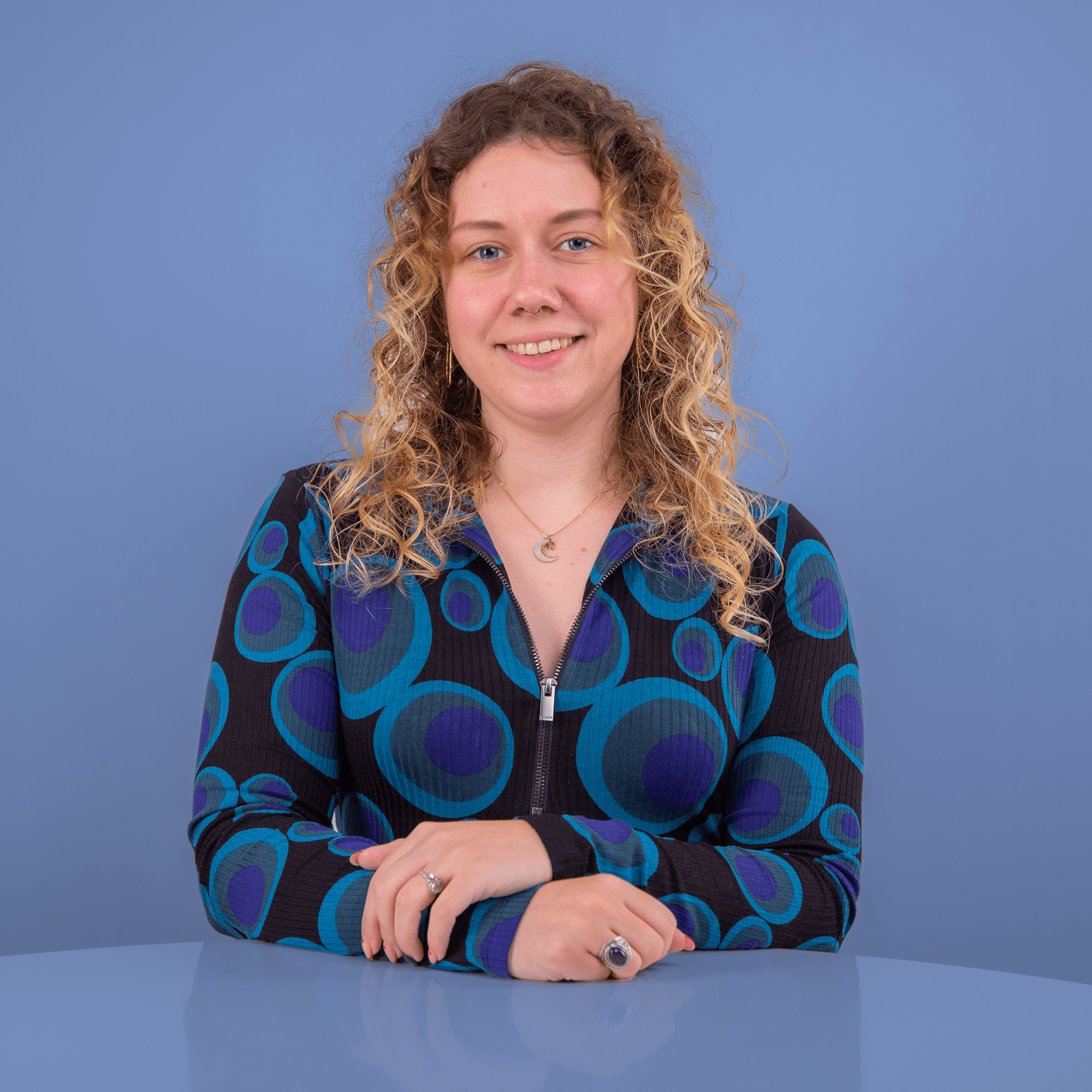 I was never officially diagnosed as a child, though looking back there were plenty of clues. I had a difficult time paying attention, during class I was either dreaming or talking to whomever. The concept of math formulas made no sense to me; I came up with different ways to the same answer, but apparently that was wrong. I was friends with everyone, yet I always felt alone.  I was not unruly, but I defied authority when it seemed unjust, which it often did. In high school, I changed schools a lot because I was bored. I rarely had school books or even a pen with me. If I made notes,they were incomprehensible. I did doodle a lot, as it helped me stay focused onwhat was being said.
In higher education, it took a lot of energy not to forget important deadlines. I was usually lost in what had to be done for what class, let alone remember all classes. I had difficulty with structure and just could not deal with details. My tasks were done in “last minute induced panic”. I learnt it helped if I was really interested in the subject, and had to do things rather than memorize. I aced my postgraduate degrees with ease, because of it. I learnt how to compensate a lot over the years. I learnt what helps me be most productive. For example, I know I need to minimize outside stimuli to focus. I need clear briefings and a timed agenda. I work well with tight deadlines. I love change, I don’t do well with repetitive work.  It’s alot about learning what works for you and then how to implement that in your environment. It definitely helps if said environment is willing to give you what you need in order to function optimally.
‍ 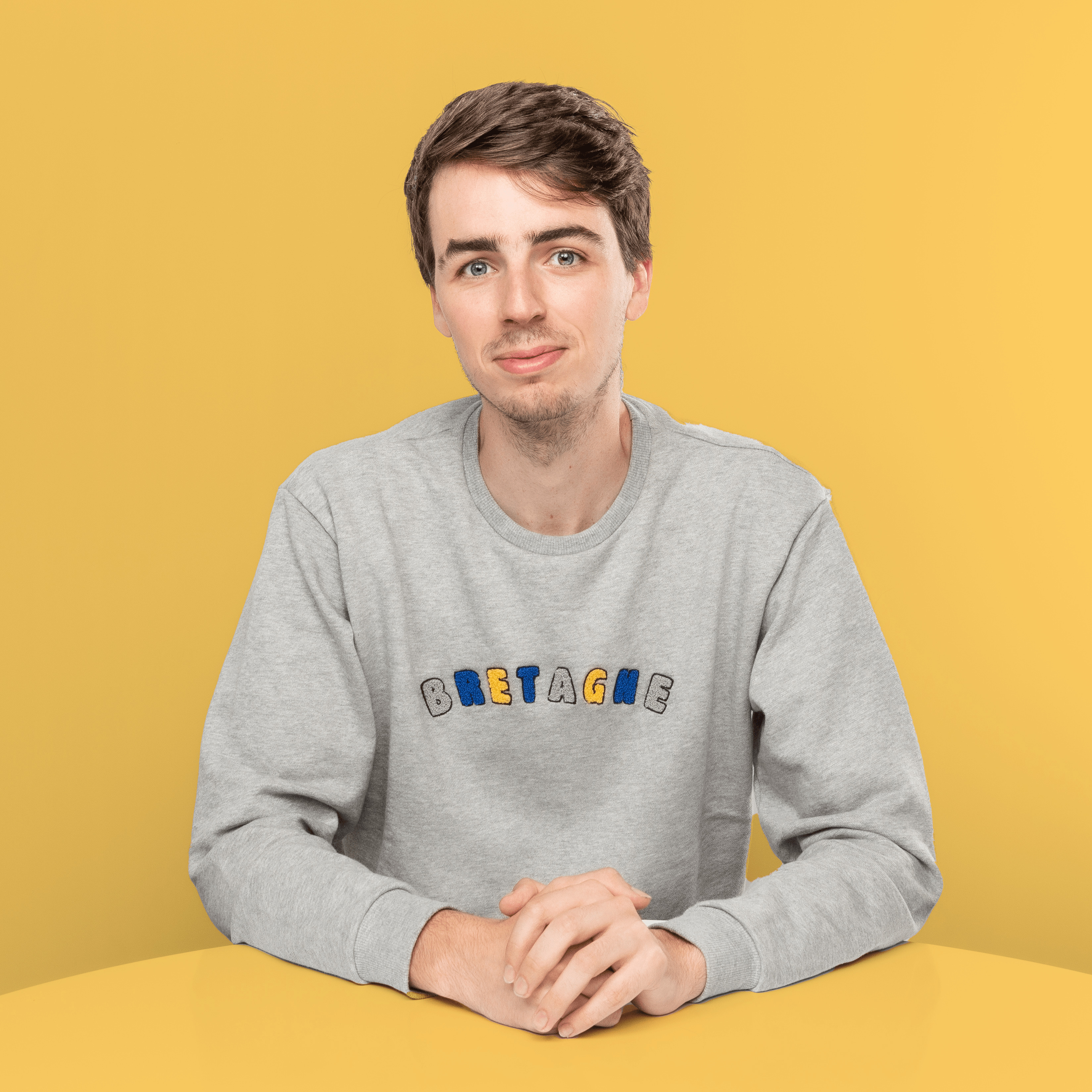 ‍I usually don’t talk about this, because a lot of people don’t take attention deficit disorders seriously, they just ‘tell you to concentrate’. I was declared hyperkinetic when I was a child, which is a type of ADHD. But I never really had a follow-up of it growing up. Istill feel my brain works differently from others. When I look at the symptoms,a lot applies to me, especially the fidgeting, not being able to sit still, andconcentration issues. I feel this everyday. Growing up and in school it was quite difficult. I basically had to learn everything at home, alone, because I wasn’t (couldn’t) listening in class. The only things I was good at were sports because I liked to move anyway, and languages, because it was a lot of talking. I do feel like the school system was more difficult for me. These symptoms have never directly stopped me from a job or certain education, but because I had difficulties in school, I assumed that some career paths were ‘just not possible for me’ (ex: doctor or veterinarian), so I didn’t even try them out. I don’t feel like I should ‘fit in’, I just try my best.
‍ 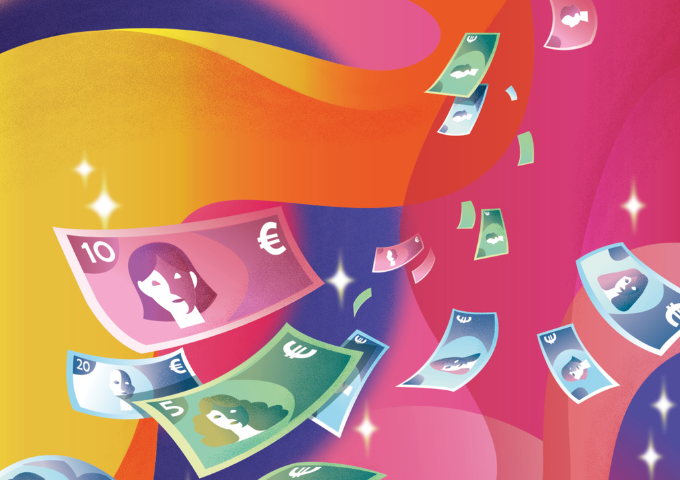 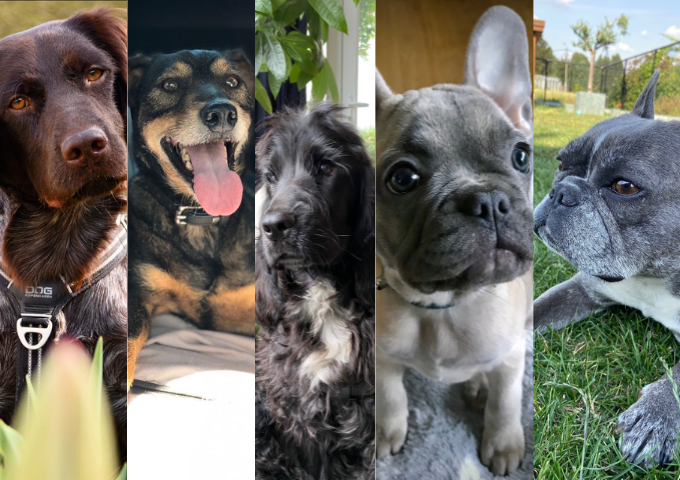 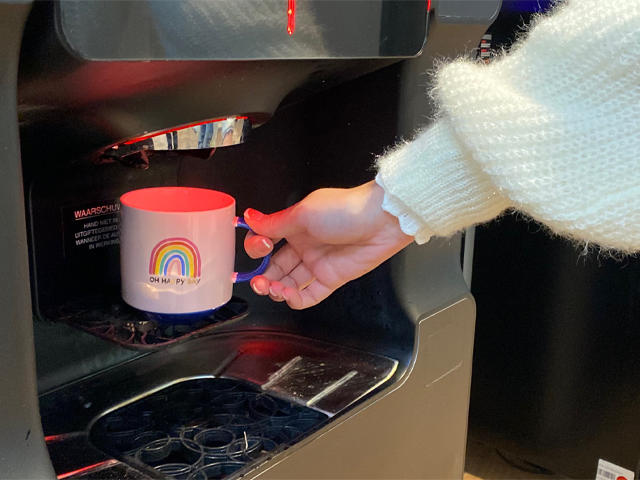 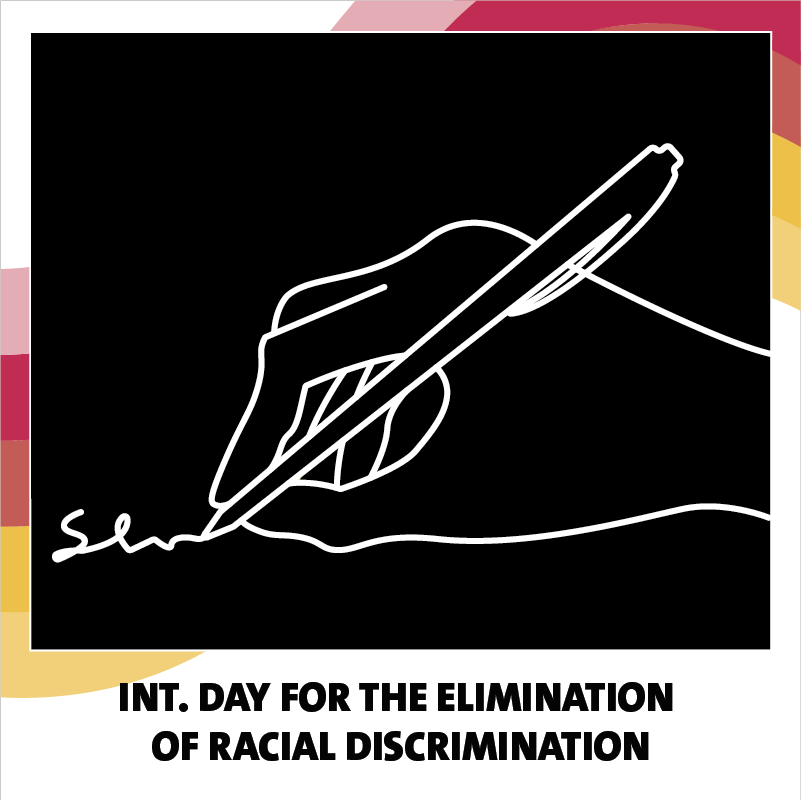 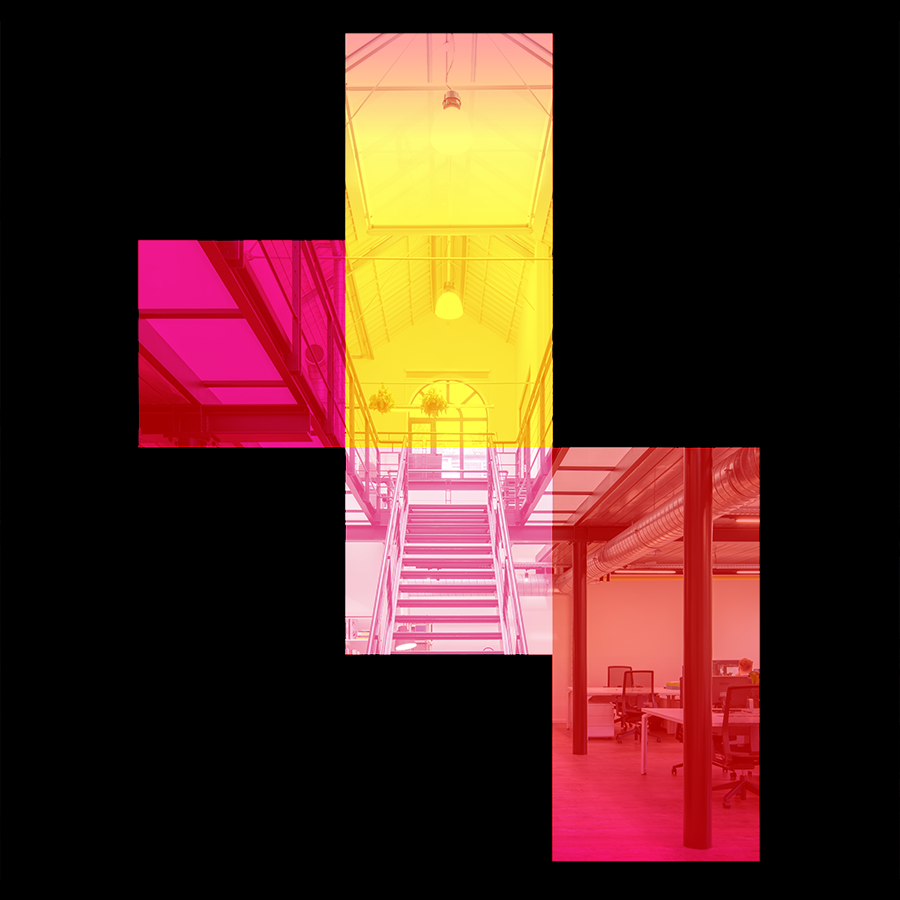 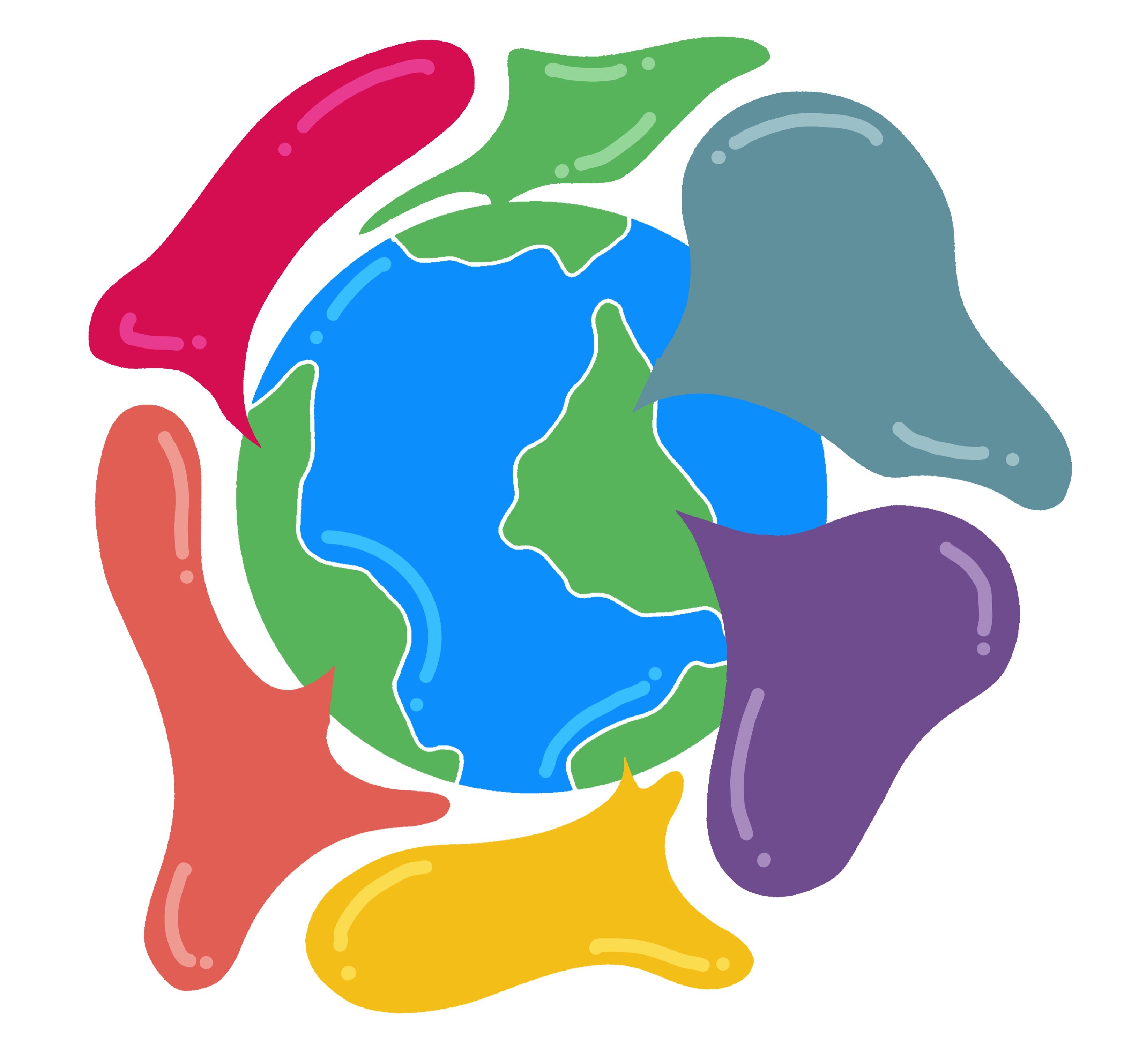